A Phish After-Party with Lotus 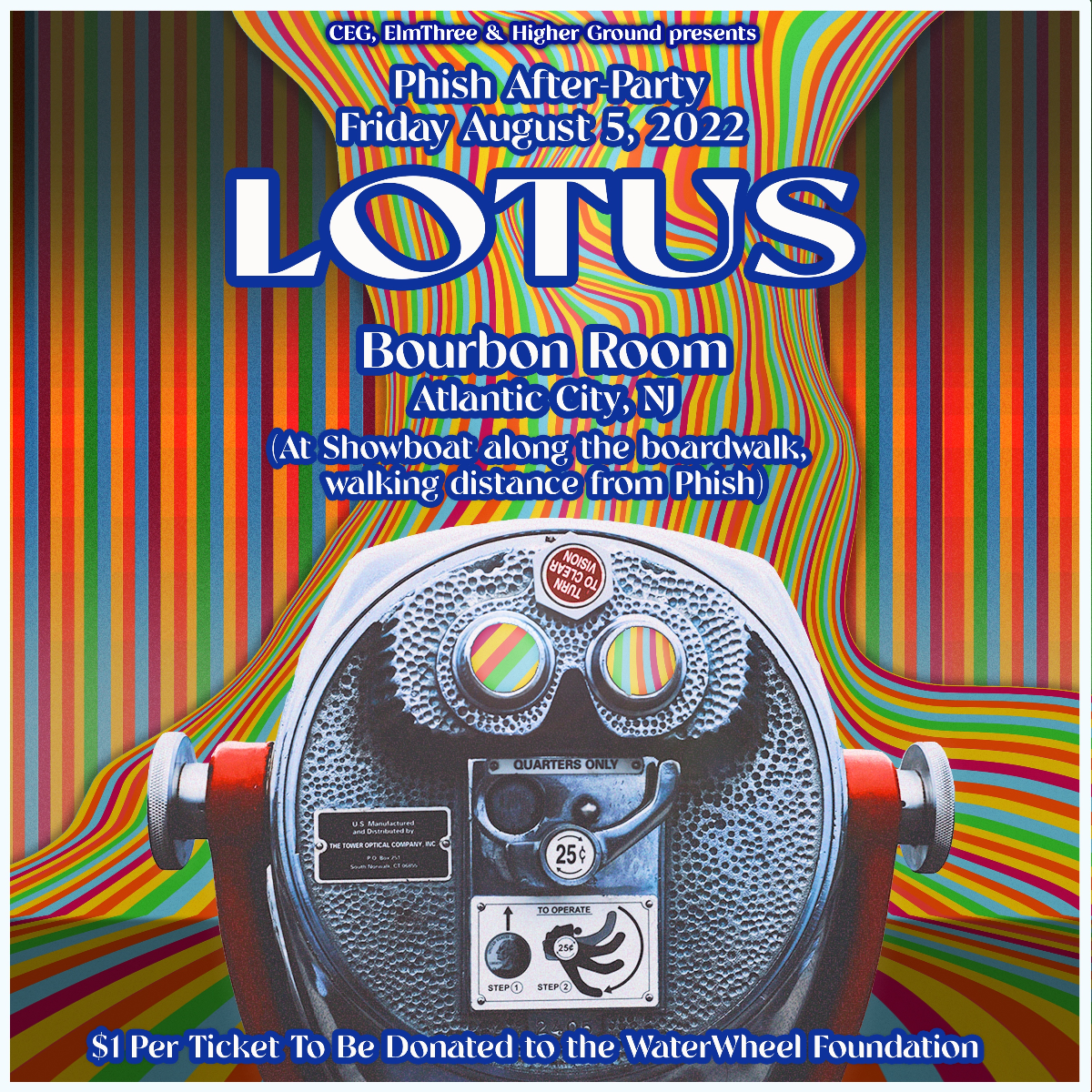 Lotus is a five-piece instrumental band formed while members were in college and has evolved and grown over 20 plus years. They were early adopters of fusing electronic beats and sounds from dance music with jam music, but also draw on psych-rock, post-rock, disco, funk and jazz. Their dance-inducing, high energy shows have made them festival favorites.

The band cut its teeth on the road building up a loyal fanbase by word of mouth. They also have released a steady stream of studio albums that showcase the band's diverse musical tastes and production styles. The latest pair of albums, Free Swim (2020) and Citrus (2021), were tracked live in the studio and highlight the band's groove and improvisational sides.

In 2021 Lotus welcomed new lead guitarist Tim Palmieri to the group. Tim has been a pillar of the scene for two decades known for his virtuosic playing and melodic improvisation. He has brought a new energy to the stage and will be featured on the band's upcoming 2022 studio album.

The first incarnation of Lotus came together for a music showcase in 1998 at Goshen College in Indiana. Albums such as their debut studio release, Nomad (2006) have become a touchstone for how to organically fuse elements of electronica with jam music. Over the last two decades, Lotus has toured actively throughout the US working their way up from dingy basement clubs to world-class venues such as Red Rocks. They've become festival favorites, playing everything from Bonnaroo, Camp Bisco and Outside Lands to Ultra Music Festival and Electric Forest, building a hyper-loyal following along the way. The band also hosts their own annual Summerdance Festival in Garrettsville, Ohio. A Lotus live show is an experience, a uniquely crafted and improvised set taking everyone, the crowd and band, on a journey.

$1 from each ticket sold in advance, will go to Phish's Waterwheel Foundation